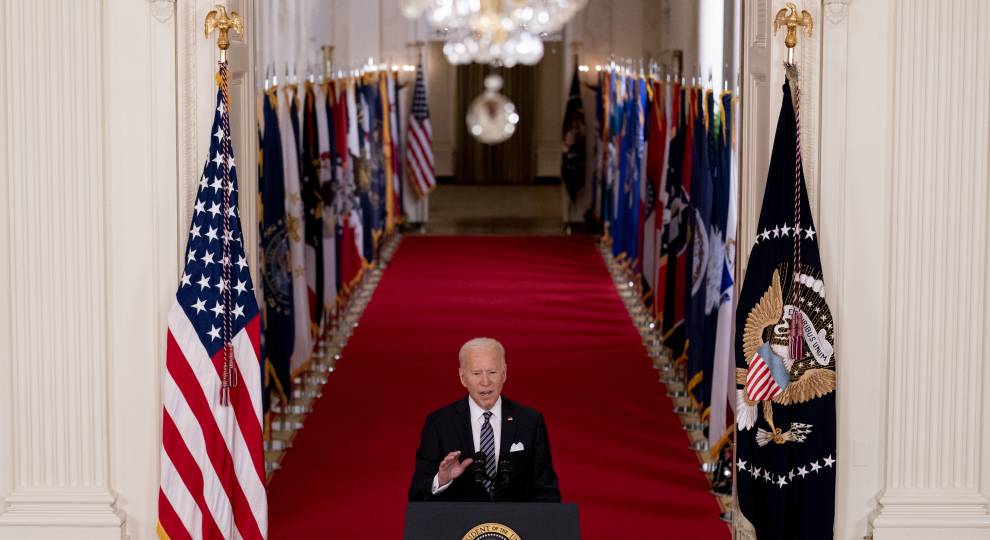 We began the show by talking with listeners about President Joe Biden’s first prime-time address on Thursday.

Sue O’Connell weighed in on Gov. Charlie Baker’s statement on teachers’ unions, and the Massachusetts Office of Campaign and Political Finance’s decision to allow politicians to purchase body armor with campaign funds. O’Connell is the co-publisher of Bay Windows and the South End News, as well as NECN’s political commentator and explainer-in-chief.

Emily Rooney talked about the sexual harassment and assault allegations against Gov. Andrew Cuomo. She also shared her thoughts on Oprah’s interview with Prince Harry and Meghan Markle. Rooney is host of Beat the Press, which you can watch Friday nights at 7 p.m.

Corby Kummer explained how apps are changing the way fast food drive-thrus operate, and discussed a provision within President Biden’s COVID-19 stimulus package that allocates $4 billion in debt relief to farmers of color. Kummer is the executive director of the food and society policy program at the Aspen Institute, a senior editor at The Atlantic and a senior lecturer at the Tufts Friedman School of Nutrition Science and Policy.

Shirley Leung talked about Amazon’s proposal to turn Widett Circle into a major distribution hub, and how the catering start-up Alchemista pivoted to apartment vending machines during the pandemic. Leung is a business columnist for the Boston Globe.